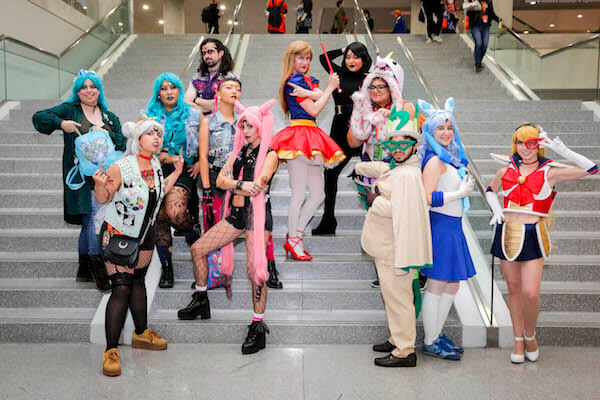 Calling all fans of anime, manga and cosplay! The Consulate General of Japan in New York announced that this Friday on Nov. 19 at 12:30 pm will be the Japanese Pop culture festival Anime NYC.

This year Ambassador Kanji Yamanouchi will provide opening remarks at Anime NYC. For more excitement, Ambassador released an electrifying rendition of Gurenge, the opening theme to the hit anime Demon Slayer. If you wish you can always see the video on YouTube,  Facebook or Twitter.

Additionally, this year will be featured VTuber (“Virtual Youtuber”) sensations, special VTuber guests will be Tsukumo Sana, Ceres Fauna, Ouro Kronii, Nanashi Mumei and Hakos Baelz on Anime NYC’s main stage at 2:30 p.m. They will introduce themselves, interact with the audience and answer questions for the first time live.

Also famed Japanese composer Yuki Hayashi will perform alongside Soundtrec during the My Hero Academia Official Live Concert at 8:00 p.m.

“This form of ‘Rock’N’Roll Diplomacy’ is in tribute to the many fans and creators of anime, manga and cosplay who have made Japanese pop culture an important bridge between Japan and the U.S,” Ambassador Yamanouchi said.

For tickets and more information about the festival, visit Anime NYC.