Decision day: Brooklyn Nets running out of time to decide whether or not to keep 2022 draft pick 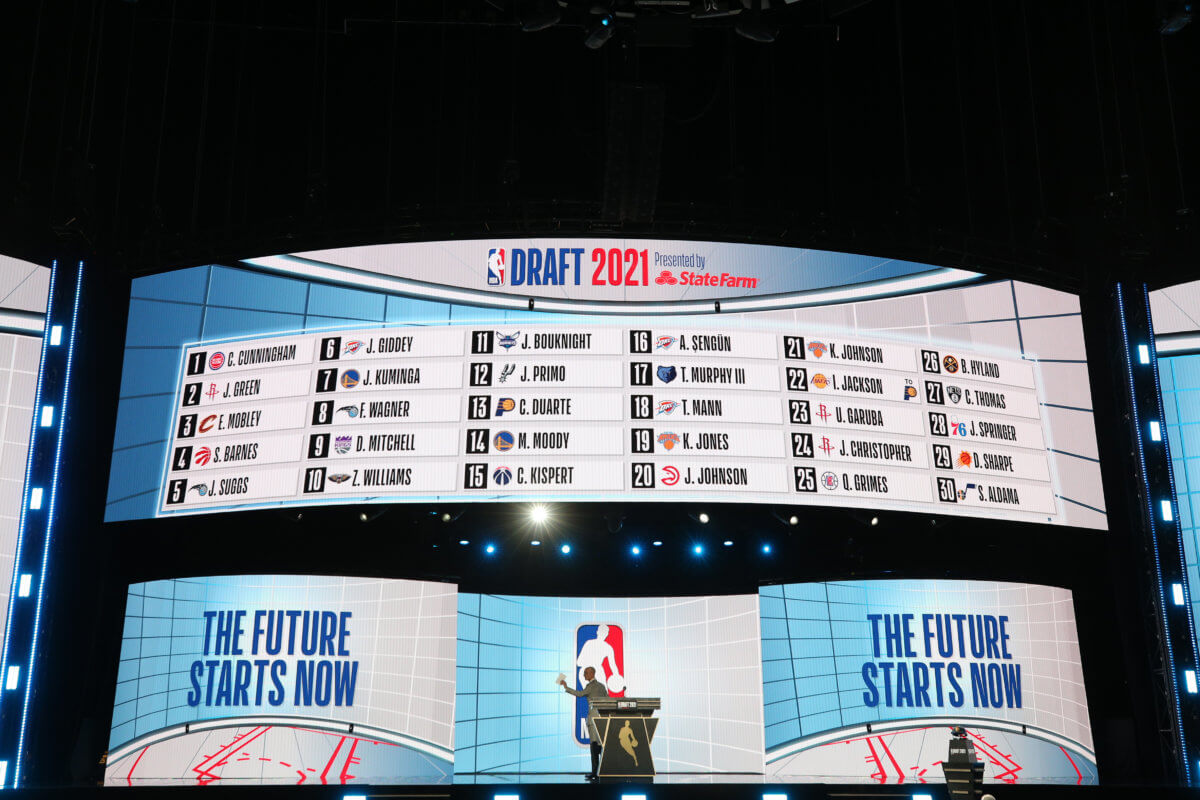 NBA commissioner Adam Silver waves as he walks off the stage after the first round of the 2021 NBA Draft at Barclays Center.
Brad Penner-USA TODAY Sports

Decision day is finally here for the Brooklyn Nets when it comes to whether or not they use the draft pick they acquired in the James Harden trade last February.  As part of the deal, Brooklyn has until June 1 to figure out if they’d like to defer the pick until next season or make the selection this year, which has now turned into the 23rd overall pick.

Sean Marks and his staff have operated under the guise that they would be making a selection this season. While the Nets have been tight-lipped about who has been to work out for the team, a list compiled by NetsDaily indicated that the team has had 26 players in to work out ahead of this year’s draft.

“We’re going through as if we’re trying to find somebody for this roster,” Marks told reporters in mid-May following his final press conference of the season. “For this team that can help us move forward with. If we find a group that we think is going to be there, then we’ll keep the pick. That’s what we’re planning on right now. This is a fun time of year for the front office. To have these discussions with the coaches when they’re out there and they’re evaluating.

“They’re scouting these young men and seeing who could potentially don a Nets uniform next year.”

All of that being said, there have already been reports out of Philadelphia that the Nets were going to defer the pick. The 2023 draft class is expected to be much deeper than this year’s group.

The Philly Voice reported that it had heard the 76ers were preparing to have the pick as a bartering tool to help upgrade their roster.

“Just over a week out from the deadline, I’ve been told it’s relatively likely the Nets will opt to defer that pick to next season,” Kyle Neubeck reported. “A big enough chance that the Sixers are actively preparing to be armed with that chip this summer. Should they have it, it clears up what will be one of their most important bartering chips to upgrade the roster around Joel Embiid and Harden, whether it’s to select another young, cost-efficient player (at 23 or potentially higher up the board) or package that pick in a bigger deal for a ready-made vet.”

The draft selection is just one of the number of decisions that Marks has to make during the offseason for Brooklyn. After being swept out of the first round by the Eastern Conference Champion Boston Celtics, Brooklyn has plenty of soul searching to do heading into next season.