Mets GM Billy Eppler confident in offense, understands ‘you can always be better’ 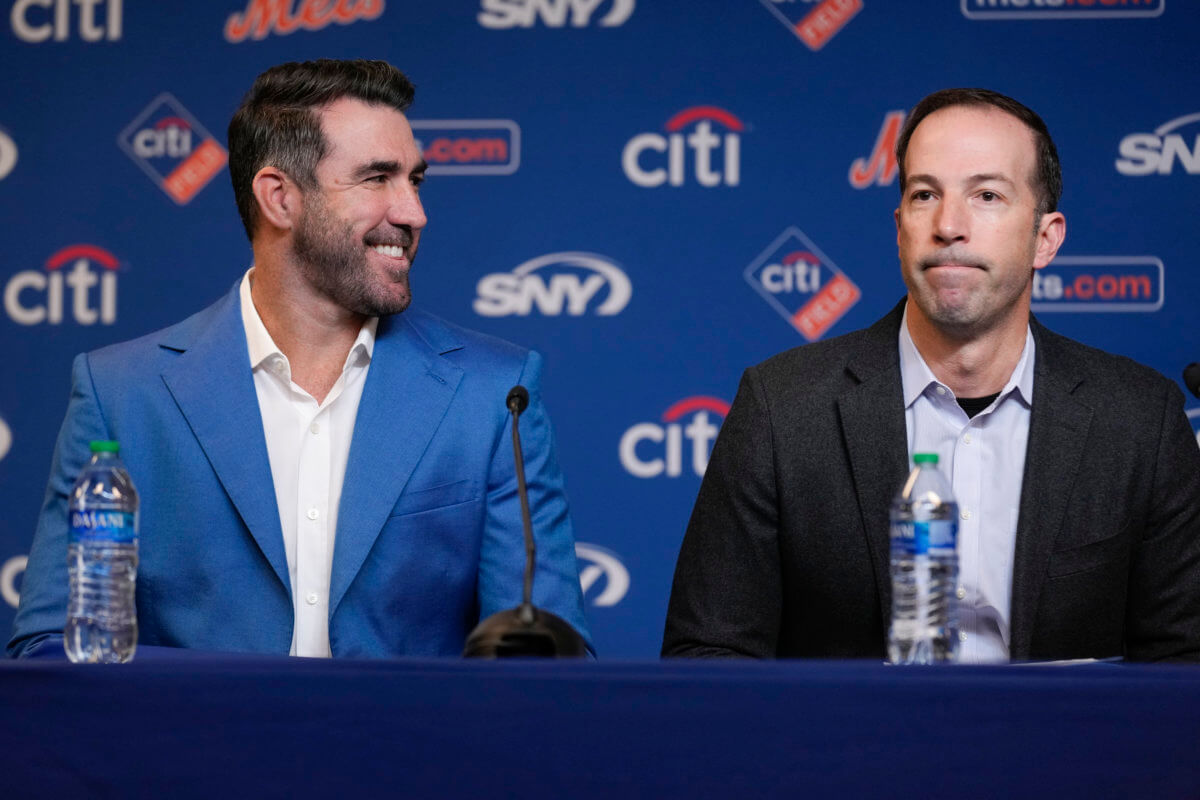 Mets general manager wouldn’t delve into how negotiations broke off with Carlos Correa, also known as the man who team owner Steve Cohen dubbed as the last big piece that would put the Queens club over the top in a quest for a World Series title.

Instead, he expressed plenty of confidence in the offense the Mets already possess — a unit that finished fifth in runs scored and second in on-base percentage last season before eventually running out of gas over the final stretch to get bounced in disappointing fashion from the NL Wild Card Series.

“I think we have a strong and deep lineup,” Eppler said during Adam Ottavino and Omar Narvaez’s introductory press conference on Tuesday afternoon. “I’m confident in our group’s ability to score runs. But you know, I think this goes without saying… you can always be better. That’s kind of the purpose of making sure that you’re not sitting in a fixed mindset, and you kind of adopt more of a mindset or growth-based mindset where you can always improve.

“That’s what we’re going to look to do. We have to look for opportunities out there. Sometimes certain markets are a little bit more quiet at certain times of the year.”

The Mets are still very much engaged in the fourth-outfielder and relief-pitching market to provide added depth to the roster, according to Eppler.

Behind Brandon Nimmo, Mark Canha, and Starling Marte, the Mets brought in Tim Locastro on a minor-league deal as an option for added speed and defensive insurance, but he certainly wouldn’t address the need for another bat that could potentially accumulate at-bats at the designated hitter spot if needed. Adam Duvall and Tommy Pham remain notable fourth-outfield options.

But it certainly appears as though the Mets are going to enter 2023 with a similar offensive approach that isn’t predicated on the long-ball.

“While hitting three-pointers is cool every now and again and having guys that can put the ball in the seats, I want a lineup that’s able to be people in a number of different ways,” Eppler said. “So having guys that can do and execute an offensive strategy that if [manager Buck Showalter] wants to execute a particular strategy or implement a particular strategy on any one given night or against any kind of particular pitcher, having hitters that can do that, I think provides value.